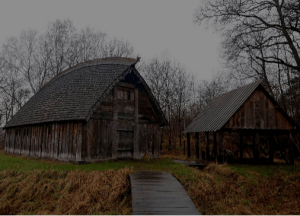 Our religion is based on many gods, each with different properties and different groups of worship. We base our belief in the Poetic Edda, which consists of verses and poems written between the years 800-1000. Though the Edda was written during this time, the contents are much older. The Edda includes texts about the great Migration Period between the years 375-568.

However, we are not only focused on The Poetic Edda, but also Islänningasagorna is a central part of our faith.  Above all, the important historical documents of life in this time.

The Nordic Asa faith has its roots back to the bronze age where found results that suggest the worship of the flash and axes who hurled lightning.

We exercise a reformed and social compatibility of Asa faith without sacrifice of live animals or other violent elements.

The old Vikings believed that we should die in battle to come to Valhalla and feast side by side with the gods. However, we believe in the intellectual battle, the battle for the preservation of our traditions and the preservation of our origins. A modern Asare’s struggle conducted on the intellectual level. To stand up for their opinions, their roots, to not be depressed or have their religion mocked, and to spread the word of faith and the community if we are to survive and grow stronger.

The highest and wisest God is the All-Father Odin! He has many names and is the creator of the Earth (Midgard) He has several children of which the most famous is Thor, the God of Thunder. Thor is also the most powerful god

The center of everything is Yggdrasil, the World Tree, An ash that still will stand after Ragnarok.

Ragnarok is judgment day, the last day of Asa faith. When Ragnarok happens, everything will be turned upside down. The people will fight side by side with their gods. Ragnarok is the end of a lot, but not the Earth’s total destruction, after Ragnarok, the remaining gods and men will build the world again.

Asa faith is built around the belief that the gods are our friends and companions. The gods condemn us not, but help and support us in our everyday lives and when we need them.

Our gods will guide us and give us guidance. They are us ever present.

We are also not a literal religion but each has fairly free rein. We have no strict rules how to live it´s up to each person to decide. However at official gatherings we ask that you show reverence for artifacts and idols and practices that are expressed.

An important part for us is the preservation of our Primitive Norse traditions and our origins, so they do not disappear into oblivion tomorrow. There is so much around us in our everyday lives that comes from Asa faith and the Vikings but far too many have forgotten why we have these traditions or where they come from, like why we have Yule goats in our homes. Or why we have a maypole.

That the day Friday is named after the Asa goddess Frigg and Vanir Freya – Freyas / Friggs Dag. (Old Norse: Frjádagr).

Manage Cookie Consent
To provide the best experiences, we use technologies like cookies to store and/or access device information. Consenting to these technologies will allow us to process data such as browsing behavior or unique IDs on this site. Not consenting or withdrawing consent, may adversely affect certain features and functions.
Manage options Manage services Manage vendors Read more about these purposes
View preferences
{title} {title} {title}